Flexible eye rigging can bring even more life to your characters. In this tutorial we'll create an eye rig that always looks at a target, without the iris and pupil going outside the bounds of the eyeball. This is the long form version of a tip we previously published. Let's go through it step by step! 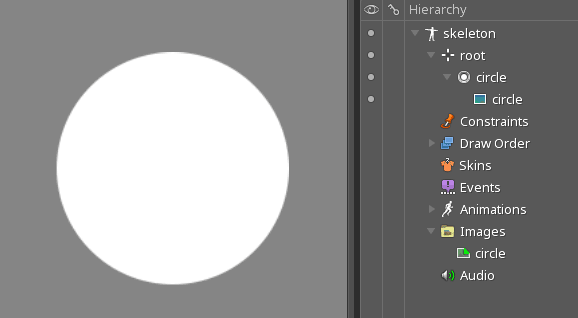 For the purpose of this tutorial, we'll keep things simple. The eyeball is made up of a white circle image located in our image path. We drag it from the images node into the viewport, then duplicate its slot. 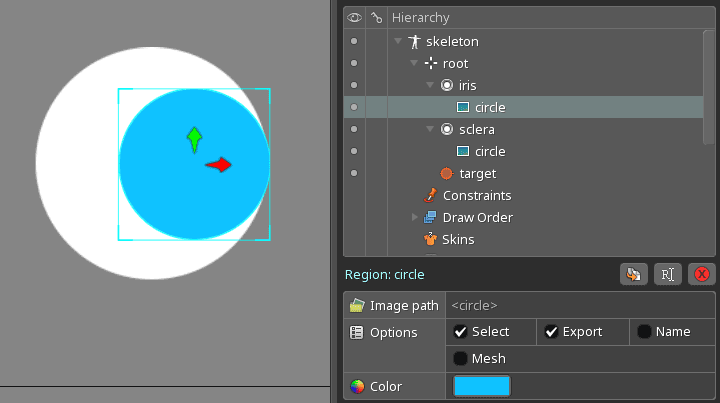 We'll turn this second circle into the iris of the eye. All we need to do is change the color of the attachment to an iris color we like. Images can be scaled and translated independently of bones in setup mode, so we'll scale the copy down to make it smaller in proportion to the eyeball. To establish the limit beyond which iris should not move, we also translate it so that it touches the border of the white circle beneath it. 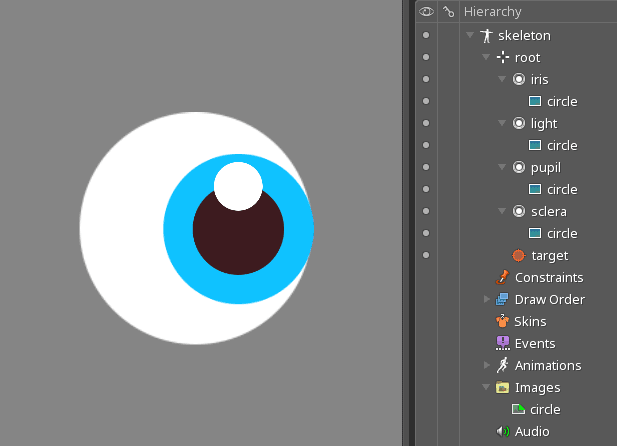 Next, we duplicate the iris slot to create the pupil. Pick a new color for the image attachment and scale down the attachment as before.

Lastly, let's also add a tiny reflection of light on the pupil. Duplicate the pupil slot, make it smaller, change its color to white and place it on top of the pupil.

Finally we are ready to start creating some bones! 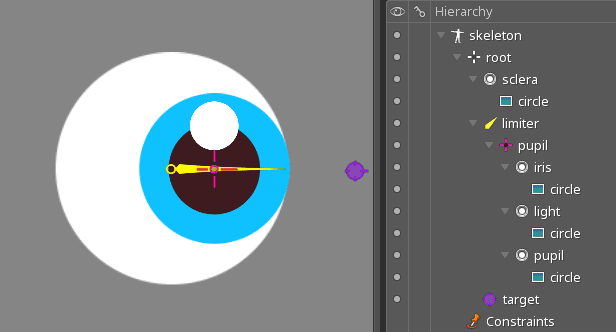 To get the desired effect, we need to create 3 bones. The limiter bone originates from the center of the eyeball and extends to its border. It's angled at 0° to make alignment easier later on.

Lastly, the target bone is placed along the axis the other two bones are placed at. It is parented to the root bone. 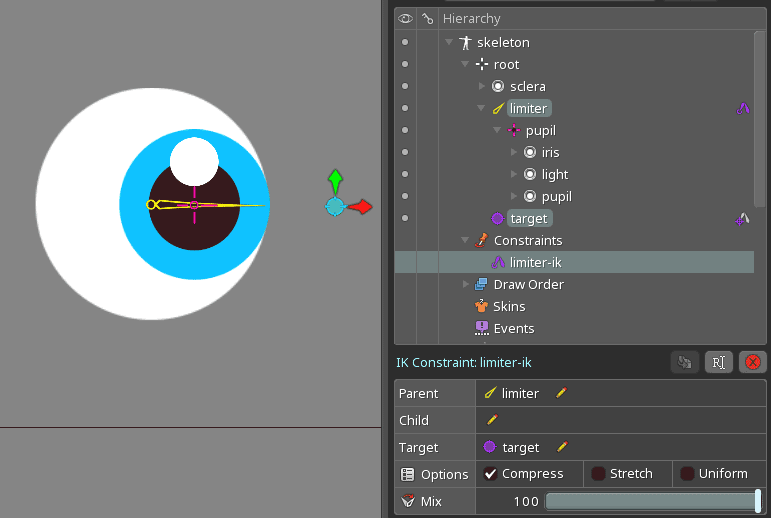 By enabling the IK compress option on the IK constraint, we allow the limiter bone to shrink and grow as the target bone comes closer to or gets farther away from it. This way, the iris and pupil can move freely within the eyeball instead of being constrained to the eyeball's border. 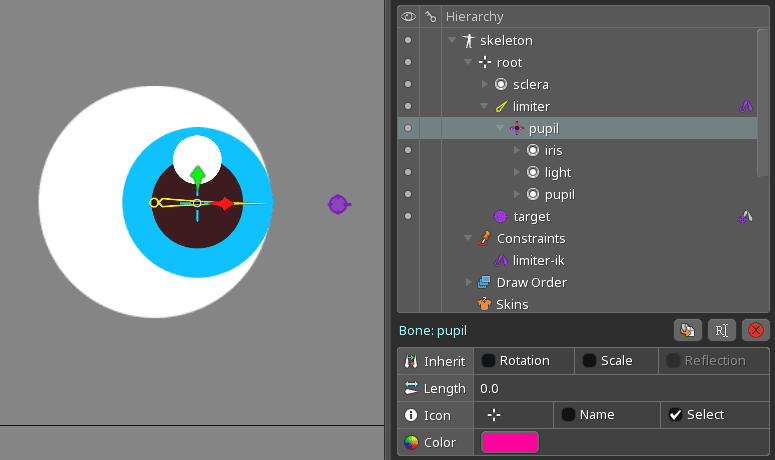 This simple setup lets the pupil and iris follow the target bone nicely, without distortion or going outside the eyeball!

The setup presented above is a general way to limit movement of elements to a circular area. Can you think of other use cases? Share them on the Spine forum!