We’ve been thinking a lot about the future, not just where we want to take Spine feature-wise, but how we can get it there. We want to work on Spine full time indefinitely, to continue supporting the tool and to keep adding super cool new features. We love working on Spine, so giving it up to go back the corporate world would break our hearts. If we can live modestly while still supporting our families, we’d be ecstatic! We are two people, one coder and one artist. We aren’t business guys and don’t know a thing about marketing. Unfortunately we can’t just focus on the tool and ignore the business side. We’ve been exploring how to make Spine sustainable while still keeping our users happy. Of course any licensing changes we make don’t apply to existing users. 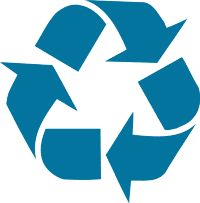 A Spine license includes all future updates for life, so one option could be to change to a limited time update model. For example, after one year of updates a fee has to be paid to get more updates. This makes the auto update system more complicated, but the worst part is that it becomes difficult to know which versions of the runtimes work with which versions of Spine. This causes trouble for users and makes it hard to provide support. We like the all around simplicity of updates for life.

We came up with a new plan: we’ll provide an “Essential” version of Spine at a low price that has slightly fewer features. Then, for professional users we’ll have a “Professional” version that has all features at a bit of a higher price. Finally, if you are a business with over $500k annual revenue, then you need a more expensive “Enterprise” license.

In related news, we realized there was a problem using the New BSD license for the official Spine runtimes. We wrote them to be used with Spine, but New BSD would allow someone to write an alternative to Spine that benefits from all the Spine runtimes. This wouldn’t be fair, so we’ve had to change the runtimes’ license to one which requires a Spine license in order to use the runtimes. If you were already using the runtimes with Spine then nothing changes for you.

With those changes out of the way, we have just one more piece of news which we hope will have a large impact on Spine: we are planning to do a new Kickstarter! This will give us some stability and allow time to implement the biggest, most exciting features. Exactly which features we can commit to is still TBD, but we are considering meshes, free form deformation, skinning, and inverse kinematics (IK). This will really push Spine over the top and unlock a huge amount of potential in your animations and games!