The Spine Runtimes are software components that are integrated into your application to load and render skeleton data exported from Spine. The runtimes are very flexible, allowing for customization of when and how textures are loaded, bone manipulation and procedural animation, mixing and layering animations, and much more.

The source code for the Spine Runtimes is available in its entirety on GitHub. Access to the source code is essential for such a fundamental component of your applications, enabling customization or optimization for your specific needs.

The source code can be downloaded using Git or by clicking the green "Clone or download button" on GitHub and choosing "Download ZIP".

The default branch works with the latest non-beta version of Spine. Each runtime's README.md file lists the exact version it works with.

Older versions of the Spine Runtimes can be found on the releases page.

By definition, beta versions may not have support for every supported runtime. However, some runtimes will become ready for use before others. If you need the very latest runtimes, look for a branch with the name of the beta version, such as 3.6-beta. If the runtime you are interested in has been updated, that branch is where you will find the latest code until the next non-beta release. Keep in mind new development happens in the beta branch and may be a work in progress.

This diagram illustrates how the various pieces of the runtimes fit together. Click for full resolution. 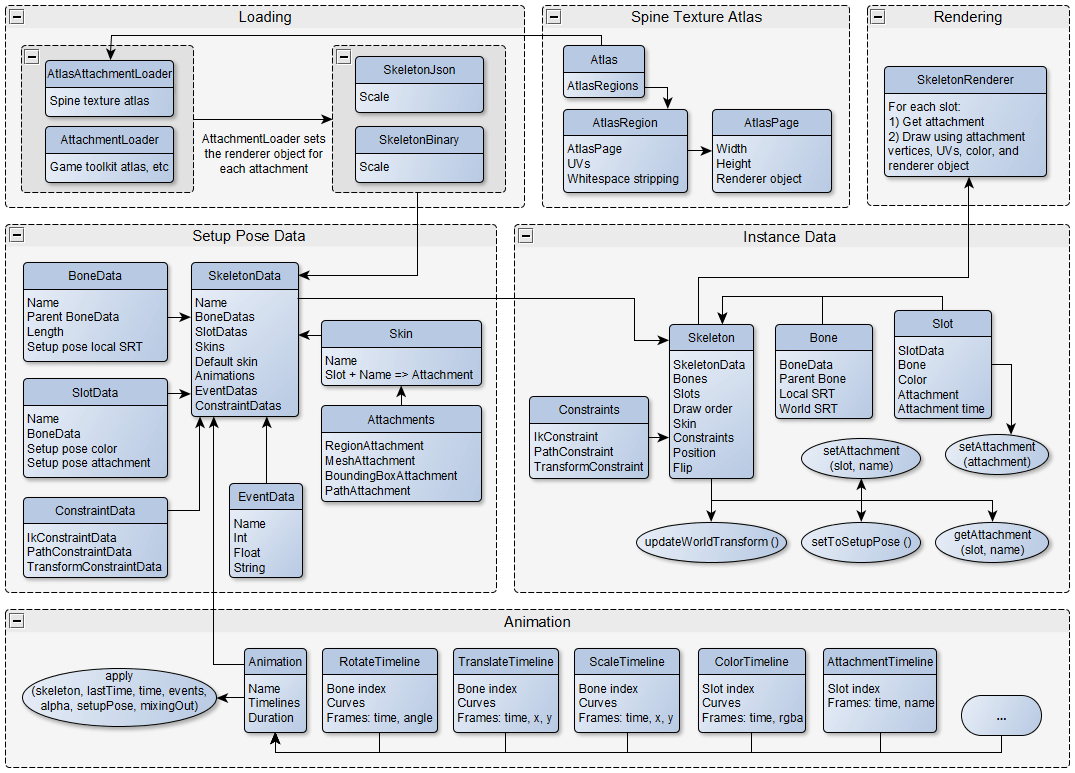 The API reference has detailed information about properties and methods for each type of object.